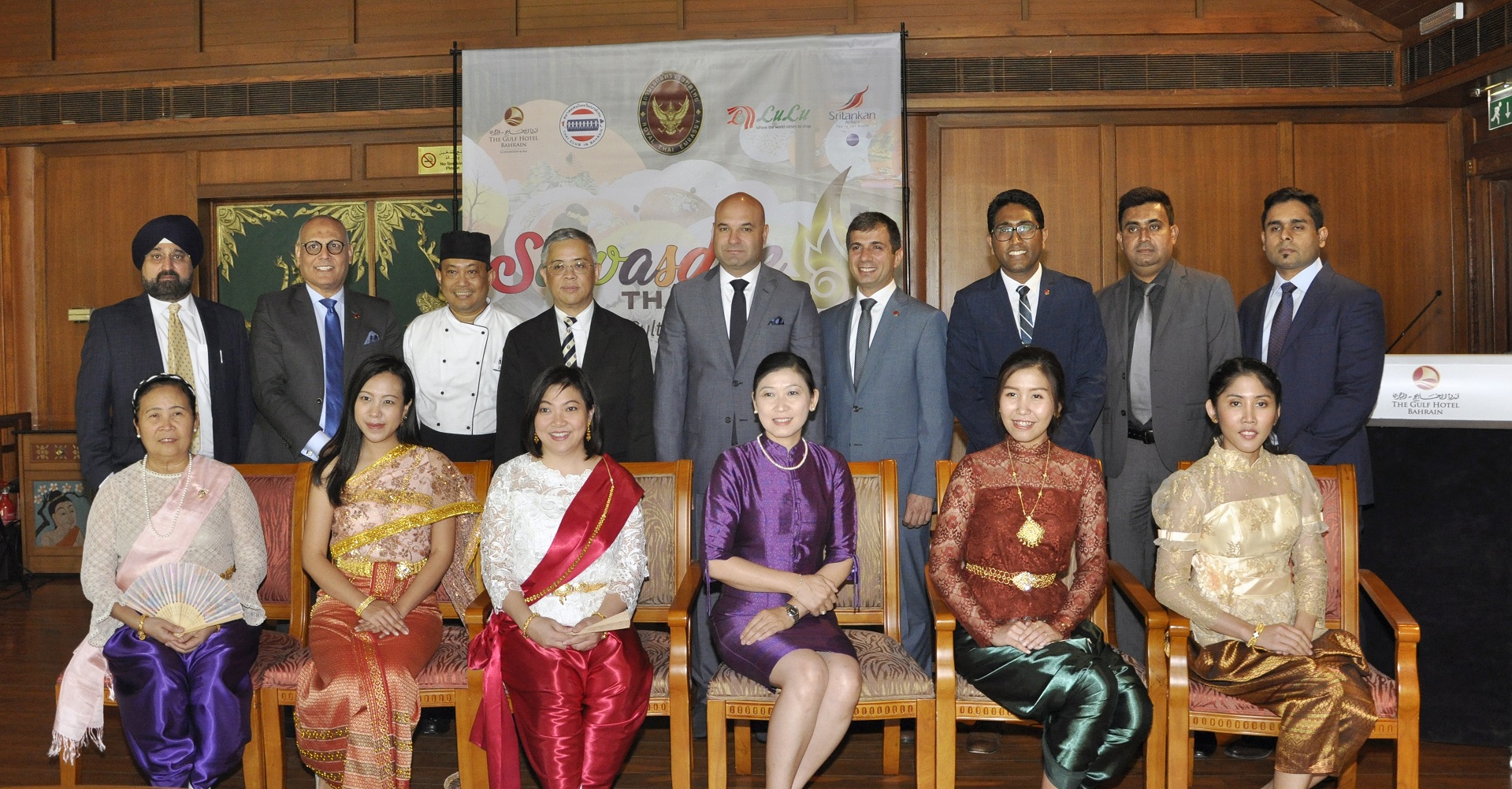 In collaboration with The Thai Embassy of Bahrain, this coming 23rd of April, the “Sawasdee Thailand” festival will feature cultural performances specially flown in from Thailand along with exotic and sumptuous menus.

The showcase will feature dancers, fruit carvers and umbrella painters, in addition to a specialty menu created by Chef Tawatchi. “I am excited to present the very best of Thai cuisine that will be created from the freshest ingredients along with traditional cooking methods and innovative recipes. Said Chef Tawatchi,

Mrs. Hathaichanok Frumau – Charge d’ affaires of the Thai Embassy Said, The Sawasdee Thaliand”! Thai food and culture festival represents the cultural and artistic overview of what Thailand has on offer!

With the support of our sponsors namely Lu Lu Hypermarket, Sri Lankan Airlines and The Gulf Hotel Bahrain, this is a onetime opportunity that shouldn’t be missed and I thank you all for your kind support and commitment, added Mrs. Frumau

The Gulf Hotel Bahrain, General Manager, Fares Yactine said, “We are honored that festival is taking place at the Royal Thai Restaurant! Royal Thai is by far, the ideal Thai restaurant in the kingdom, since opening in 2002 and with the recent awards, Royal Thai has been also honoured with the Thai Select Awards, and is now officially listed on the website of the Thai trade ministry as one of the exceptional places to dine in Bahrain. Fares Added.