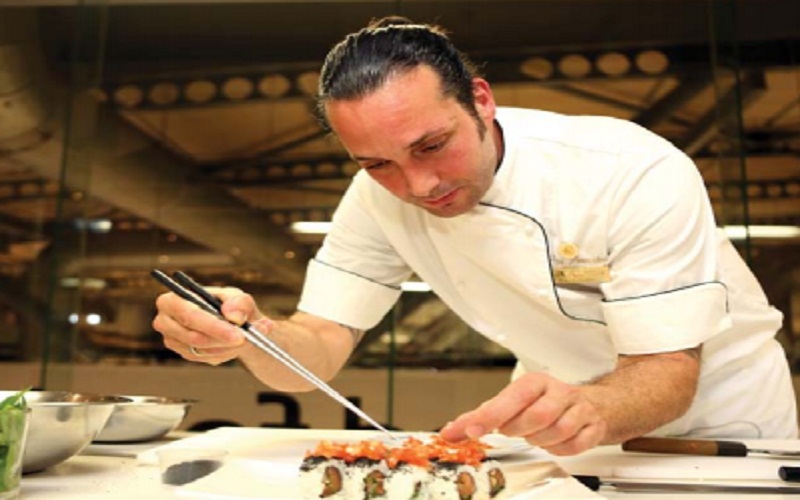 Manama, Kingdom of Bahrain: The legendary Gulf Hotel Bahrain is once again creating culinary history among diners in the early month of 2018!

Following the recent successes of celebrity and award winning Michelin starred chefs who featured at the hotels fine dining outlets, starting on the 22nd till the 26th of January 2018, The Gulf Hotel Bahrain is proud to present World Sushi Champion,  Chef Pepi Anevski!

To be held at the hotels award winning Sato Japanese restaurant, originally from Macedonia, but now based in Denmark, Chef Pepi has received many awards and is the winner of the prestigious World Sushi Cup 2013 in Tokyo.

He studied classic Japanese sushi education in Chiba, Japan and is accredited as a Sushi Head Chef by AJSA (All Japan Sushi Association) and the World Sushi Skills Institute.

His style of food concentrates more on the fine cuts of Shashimi and Sushi such as the Nigiri, Gunkan, Uramaki and Futomaki. His favourites includes the Lemon lobster, Sesame flounder, Sweet prawn tempura and the Spicy Tuna.

“What I bring to the table is a solid understanding of cultural differences, a strong track record of working cross functional and understanding of the whole value chain from raw product to the customer’s plate”. Said Chef Pepi