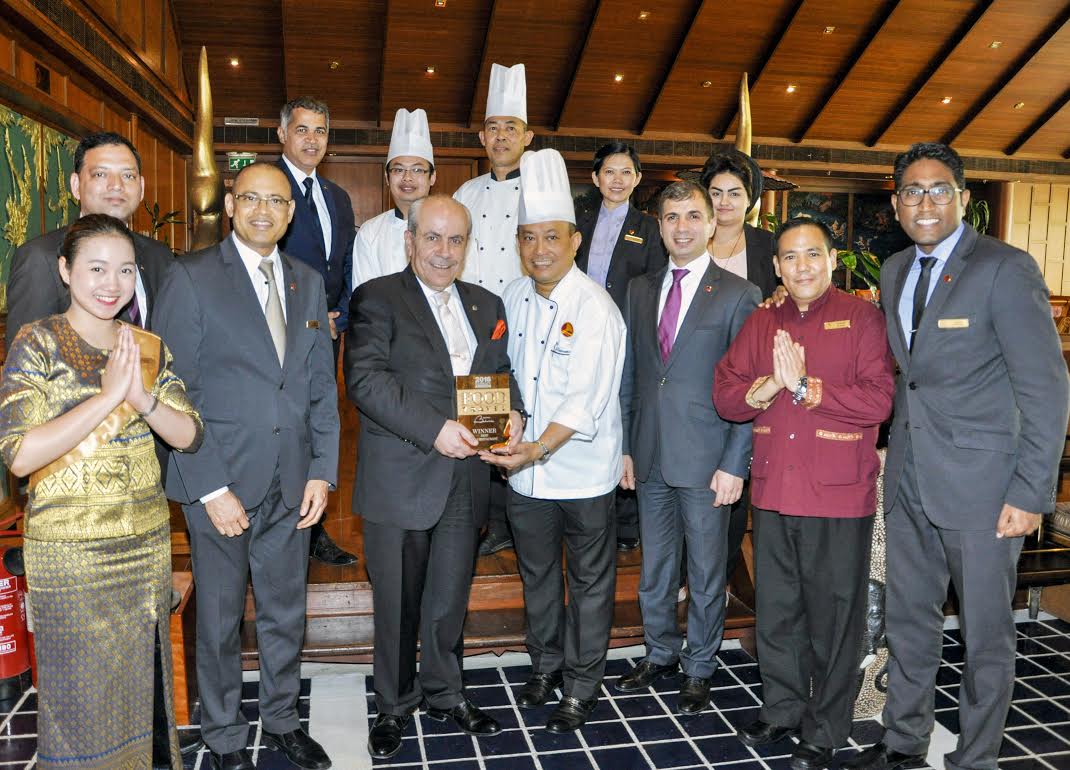 ''Winning this award proves that The Gulf Hotel Bahrain’s  Royal Thai is by far, the ideal Thai Restaurant in the kingdom, since opening in 2002. Said Rahim Abu Omar General Manager.

“Royal Thai never fails to impress the discerning guest of the hotel, and has been the people’s favourite choice for the best mix of traditional and modern Thai food that are prepared and spiced to perfection by our culinary team! Rahim added.

The food and travel awards, hosted it second year and is Bahrain’s ideal prestigious award which cultivates Bahrain’s high standard in hospitality and travel.

The Food and Travel Awards is a statement of Bahrain’s position of choice, highlighting the best restaurants, cafes and hotels.

The restaurant is situated in a grand pagoda in the grounds of the hotel’s tropical gardens and provides scenic views overlooking the turquoise waters of the outdoor swimming pool.

The authenticity of this exotic setting is further enhanced inside the restaurant as guests are greeted with enchanting Asian décor and world class Thai cuisine.