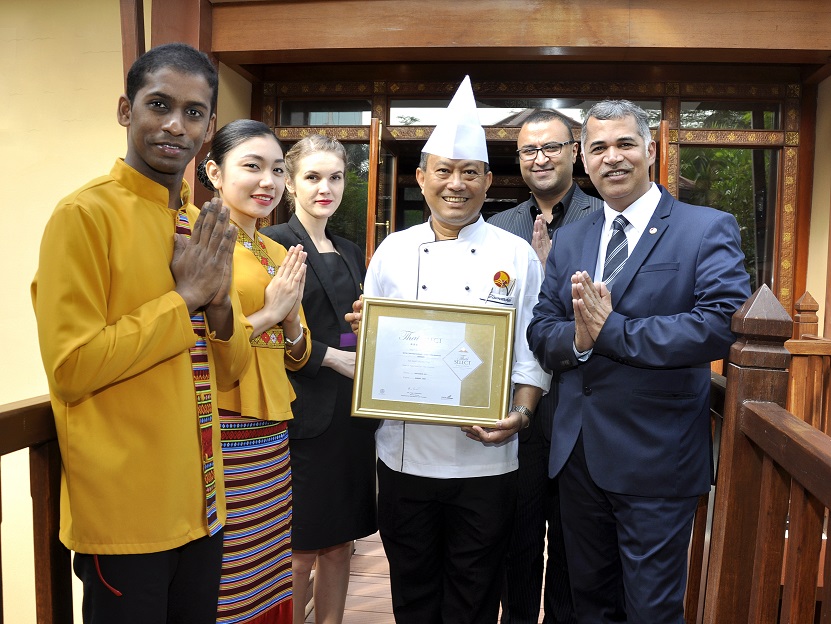 Award winning Royal Thai restaurant, has been recently honoured with the "Thai Select Award". This was presented to the Bahrain Ministry of Trade & Commerce during their visit in Dubai by Mr. Panot Punyahotra, Director of Thai Trade Centre- Dubai.

In addition Royal Thai Restaurant will also be listed on the website of the Thai trade ministry as one of the exceptional places to dine in Bahrain.

“The Thai Select Award” is an initiative launched by the Thai government called “Thai Select” that guarantees the best authentic Thai cuisines around the world.

“Royal Thai never fails to impress the discerning guest of the hotel, and has been the people’s favourite choice for the best mix of traditional and modern Thai food that is prepared and spiced to perfection by our culinary team! Mr. Hameed added.