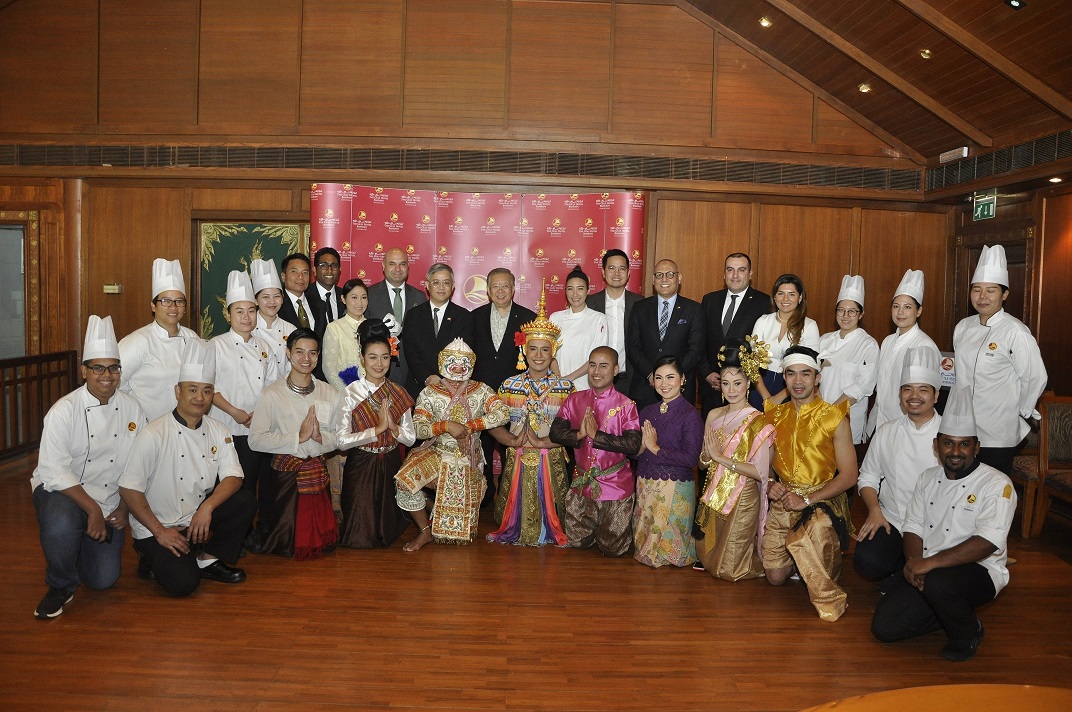 The Gulf Hotel Bahrain Convention & Spa is pleased to announce the return of the Thai Festival for the second consecutive year!

In collaboration with the Thai Embassy and Amazing Thailand, The Gulf Hotel will be hosting a 5-day festival, beginning on March 26th - 30th, which will feature cultural Thai performances in the evenings at the award winning Royal Thai Restaurant at The Gulf Hotel. To further compliment this cultural event we have invited Chef Pam to prepare her award winning Thai cuisine at Royal Thai Restaurant during the 4 day festival. We invite everyone to make their reservations and not miss this exciting experience.

On March 30th, Chef Pam will also host a Master Class beginning at 10:30 am - 12 pm. She will showcase 2 recipes and interact with participants as she demonstrates the cooking techniques. There are only a few seats left for this class, reservations can be made by calling +973 17713000.

“Royal Thai never fails to impress the discerning guests. Following the success of last year’s festival, we have raised the bar this year by bringing in for the first time to Bahrain, Thailand’s Celebrity Chef Pam.”, said Sunuj Deen, Food and Beverage Manager at The Gulf Hotel Bahrain Convention & Spa. “The host and judge of the famous TV show, Top Chef Masters, will be serving her award winning menus during her visit, and we are fortunate to have her visiting and the opportunity to taste her cuisine, since guests face a long wait in Thailand to be able to do so”, he added.

Chef Pam is Thailand’s most recognized culinary personality and has been the recipient of multiple culinary awards. At age of 21, chef Pam became the youngest chef to be the winner of “ASIA YOUTH HOPE COOKING” contest in 2011 by Les Disciples d’Escoffier. In 2012, She was awarded as one of the “THE YOUNG WOMEN OF THE YEAR 2012” in Her World Magazine. Within the same year, returning to France, chef Pam was also the first runner up for globally known contest with the title “YOUNG TALENT 2012”, by Les Disciples d’Escoffier.

Royal Thai opened in 2002 and has since won numerous awards from publications such as Food and Travel, Time Out, Fact and the Thai Select Awards. Royal Thai is also officially listed on the website of the Thai Trade Ministry as one of the exceptional places to dine in Bahrain.